year (of the story): unclear, sometime in the future

The city is divided in two parts, one above ground (the rich) and one below (the workers), both depended on the machines. The one below is made of blocks, with no decorations, uniform windows, with very little variations in volumes, no vehicles. The one above resembles New York but with elevated highways and railways and with planes flying between buildings. Buildings with larger windows, some advertising (made only in neon light – text and some shapes). The largest building is also the only one with curved elements and more decorations. Among the towers there’s a small house (the scientist home) but with no windows and somewhat deformed shape. Overall style influenced by Art Deco movement. Materials: concrete, metal and glass. 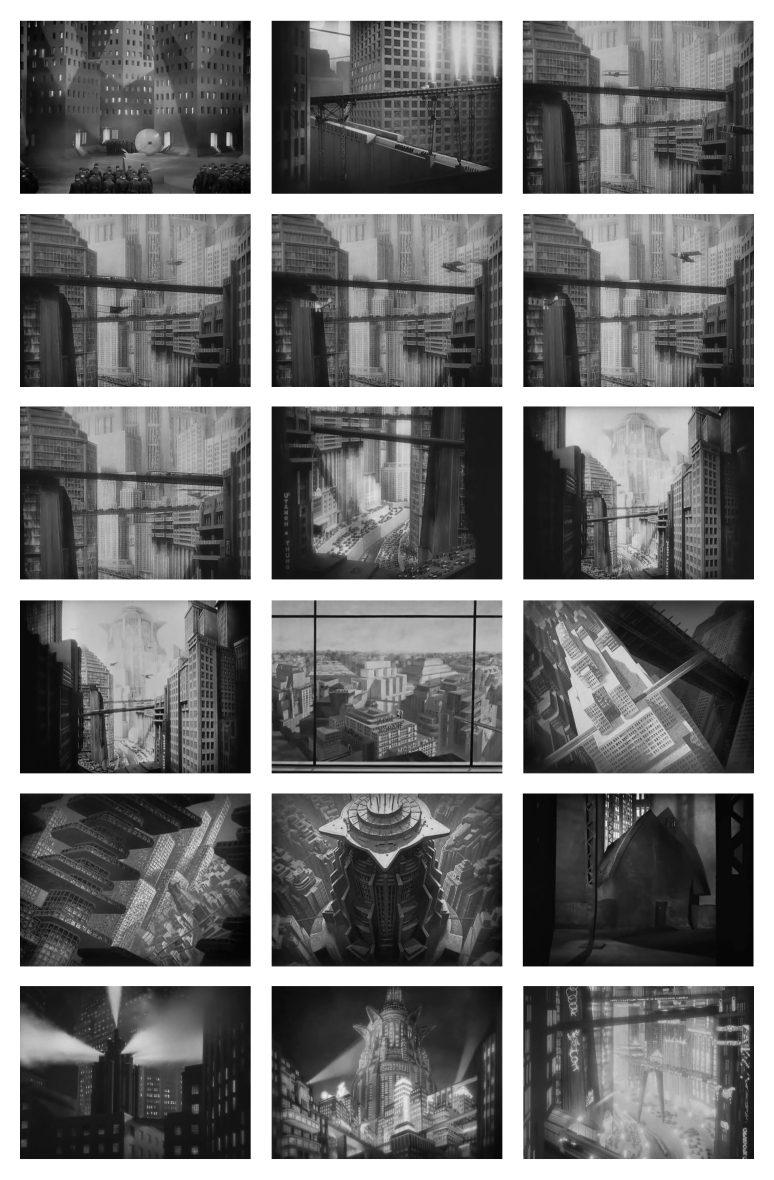